Successfully selling a home and buying a home are significant accomplishments on their own, but when their timelines cross it can be difficult to manage both. If you’re thinking about doing both simultaneously, it’s equally important to understand the steps you can take to make the process go smoothly as it is to have a backup plan in case it doesn’t. Above all, the balancing act required to pull off both deals highlights the importance of working closely with a trusted and experienced real estate agent.

Do I buy or sell first?

One can imagine a perfect world in which the two transactions go through one right after the other. However, this is not usually the case. So, should you list your current home first or start by putting in offers on a new one? There are pros and cons to both.

Selling your current home first allows you to make offers on a new home with cash in your pocket, increases your buying power, and avoids having to juggle two mortgages simultaneously. On the other hand, it creates a gap of residence, often leaving homeowners wondering where they’ll stay until they move into their new home or whether they may need to rent before they can buy again. Sellers may also negotiate a rent-back agreement with the buyers, allowing them to rent the house from the new owners before they move in.

Buying before selling solves the need for any temporary housing and makes the overall moving process much easier. Having a residence established ahead of time means you’ll only have to move once, which can save you some serious stress during this time of transition. Oppositely, buying a new home before you sell your current one will put an added strain on your finances. Having two concurrent mortgages equates to taking on more debt, which could result in less-than-favorable loan terms for purchasing your new home. Without the lump sum generated by a home sale in your pocket, coming up with enough money for a down payment may be a challenge and obtaining private mortgage insurance (PMI) may be in the cards. Finally, buying before selling comes with an obvious assumption—that your current house will sell.

Ultimately, the order of operations depends on your situation. Perhaps you’re moving due to a change of employment, and you need to direct all your energy toward buying a new home by a certain date before you can even think about selling your current one. No matter which route you take, it’s important to communicate your timeline to your listing agent or your buyer’s agent so they can strategize accordingly.

Buying and Selling a Home at the Same Time

Buying and selling at the same time will come with a certain duality: at each step in the process, you’ll have to balance your responsibilities as both a buyer and a seller. For example, when assessing your local market conditions, you’ll be looking at not one, but two housing markets.

Having a Backup Plan

If only you could wave a magic wand and make both transactions go through as planned. That’s why it’s important to have a backup plan in place to right the ship should things go sideways at any point in the buying or selling process. Talk to your agent about which options may be right for you. Here are a few:

For more information on buying and selling a home at the same time, give us a call at (970) 460-3033 to get connected with an experienced agent!

It is still a great time to be a seller, but in much of the Western U.S., the local real estate market has begun to soften. With significant increases in inventory, buyers now have more choices and less sense of urgency. If you are thinking about selling your home, pricing it correctly the first time is critical. Here’s why:

Setting a realistic price for your home from the start is critical. If you’re thinking of selling, our highly trained experts at Windermere Real Estate can provide you with a comprehensive pricing analysis based on current market conditions.

Staying organized while uprooting your life and moving from one home to another can feel impossible. Not only are you trying to get the best financial return on your investment, but you might also be working on a tight deadline. There’s also the pressure to keep your home clean and organized at all times for prospective buyers.  One thing you can be sure of when selling your home is that there will be strangers entering your space, so it’s important for you and your agent to take certain safety precautions. Like so many things in life, they can feel more manageable once written down, so we made this handy checklist.

Talk to your agent about the following safety precautions:

For more than 20 years, the benefits of staging a home have been well documented. Numerous studies show that staging helps sell a home faster and for a higher price. According to the National Association of REALTORS®, 88 percent of homebuyers start their search online, forming impressions within three seconds of viewing a listing. When a home is well staged, it photographs well and makes the kind of first impression that encourages buyers to take the next step.

Studies also indicate that buyers decide if they’re interested within the first 30 seconds of entering a home. Not only does home staging help to remove potential red flags that can turn buyers off, it helps them begin to imagine living there. Homes that are professionally staged look more “move-in ready” and that makes them far more appealing to potential buyers.

A measurable difference in time and money

In a study conducted by the Real Estate Staging Association in 2007, a group of vacant homes that had remained unsold for an average of 131 days were taken off the market, staged, and relisted. The newly staged properties sold, on average, in just 42 days, – which is approximately 68 percent less time on the market.

Staging is a powerful advantage when selling your home, but that’s not the only reason to do it. Staging uncovers problems that need to be addressed, repairs that need to be made, and upgrades that should be undertaken. For a relatively small investment of time and money, you can reap big returns. Staged properties are more inviting, and that inspires the kind of peace-of-mind that gets buyers to sign on the dotted line. In the age of social media, a well-staged home is a home that stands out, gets shared, and sticks in people’s minds.

What’s more, the investment in staging can bring a higher price. According to the National Association of REALTORS, the average staging investment is between one percent and three percent of the home’s asking price, and typically generates a return of eight to ten percent.

In short, less time on the market and higher selling prices make the small cost of staging your home a wise investment.

Interested in learning more? Contact your real estate agent for information about the value of staging and referrals for professional home stagers.

Buying a home is one of the most significant financial and emotional purchases of a person’s life. That’s why it is so important to find an agent that can not only help you navigate the home search process but one who can also answer your questions and represent your needs from start to finish. Most importantly, your agent should care about your happiness and ensuring that you find the home that best fits your needs.

Here are some qualities to consider when selecting a real estate agent:

Are you thinking about downsizing but don’t know how to make the tricky transition work? How do you buy a new place before you sell your current home?

You are not alone as many homeowners have the same concerns. They want to embrace a new lifestyle, take advantage of our ever-increasing values, and lock in a smaller home or condo in an area that they covet.

Below are some creative solutions that may help you make your dreams come true too. Keep in mind that everyone’s financial profile is different. One option might not work for you while another one will. It might even be a combination of a few of these.

Here are a few ideas:

HELOC – Home Equity Line of Credit. If you have enough equity in your current home, you may be able to get a HELOC to get a down payment for a conventional loan or to buy the new property outright.

Bridge Loan – These loans can bridge the gap between buying and selling. You can typically borrow up to 65% of the equity in your home with a maximum loan of $500,000.

Margin Loan – most individuals can borrow up to 50% of the balance in their liquid investment accounts (retirement accounts cannot be used). These loans are generally cheaper than a bridge loan and have no major tax implications.

IRA Rollover – Most retirement funds allow a 60-day rollover of funds. It’s very important to know that these funds must be replaced into the retirement account within 60 days or you may incur significant penalties and taxes.

Making a move, whether you are buying a larger home or downsizing out of your now empty nest, is a big decision. You’ll want the best professionals to help you. Ask your real estate agent to put you in touch with a lender who will help evaluate your financial situation and customize the best options for you.

June Griffiths is a Managing Broker in the Windermere Issaquah office and has worked in real estate since 1989. She can be contacted at june@windermere.com.

The post I’m Ready To Downsize But How Do I Start? appeared first on Fort Collins Real Estate | Fort Collins Homes for Sale & Property Search. 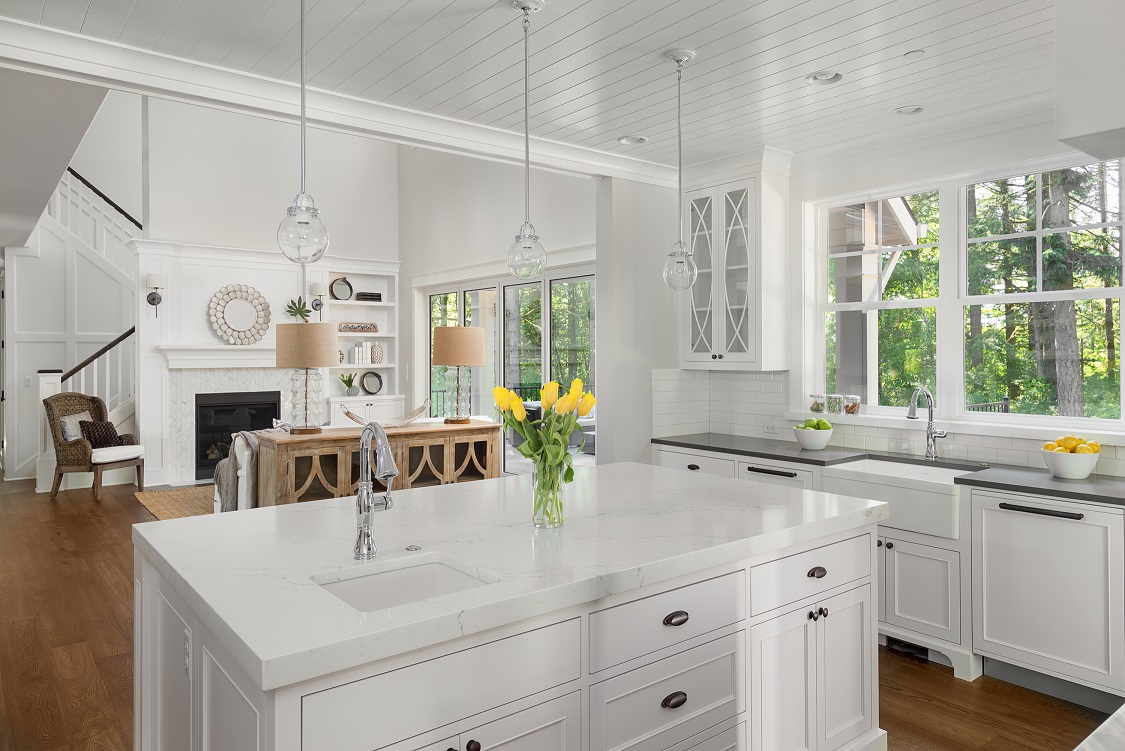 2018 is off to a flying start according to one measure we use frequently.

An interesting stat is one we call “At Least List.” It tracks how many homes sell for at least list price.

Because of low inventory in some price ranges and the high demand that exists in our market, many homes sell for exactly list price or even higher.